G20 EMPOWER is one of the initiatives within the G20 presidency that brings together an alliance of private sector and government leaders to jointly advocate and support the advancement of women in leadership positions in the private and public sectors. The Ministry Of Women Empowerment And Child Protection (Kementerian PPPA) is  the focal point in promoting the importance of women's leadership in the business world through the G20 EMPOWER. Through this alliance, Indonesia wants to promote good practices from companies and the government in promoting women's leadership. Indonesia also has advocates from the private sector involved in promoting gender-based leadership roles in companies.

To support this initiative, Josephine Satyono, Executive Director of Indonesia Global Compact Network (IGCN) is supporting this initiative by being one of G20 EMPOWER Advocates among other influential business people.

“I have learned that in Asia and the Pacific, women exist throughout the economic chain, as producers, owners’ businesses, executives, employees, distributors, and consumers. Therefore, it is integral for us, business actors, to provide a gender-responsive business ecosystem to encourage gender equality in the business world.”

To her, Gender reporting is one of the ways for business actors to make business decisions and carry out organizational transformation so as to encourage leadership, accountability, and commitment to building awareness and capacity, policies, processes, and practices of gender equality in the work environment.

Some of the good practices that have been encouraged by Advocate G20 EMPOWER Indonesia through the companies they run, include developing gender responsive reporting within the company to identify the number of women's representation in leadership, company managerial positions to the recruitment process; create an employment assistant program to provide psychological support to employees, including those who experience violence and harassment; provide adequate facilities for women; provide training and mentoring programs as well as training to improve the skills of female employees; and Develop regulations and other related company policies to encourage the representation and role of women in companies.

The Group of Twenty (G20) EMPOWER of the Indonesian Presidency held the second Plenary Meeting in Yogyakarta, on 17-19 May 2022. At this meeting, efforts were made to accelerate efforts to encourage the contribution of women's roles to drive economic growth, including through Micro, Small and Medium Enterprises (MSMEs). be one of the main focuses. This refers to the World Economic Forum's projection that it will take another 135 years to close gender inequality if countries in the world do not make changes to the position of women in economic development. 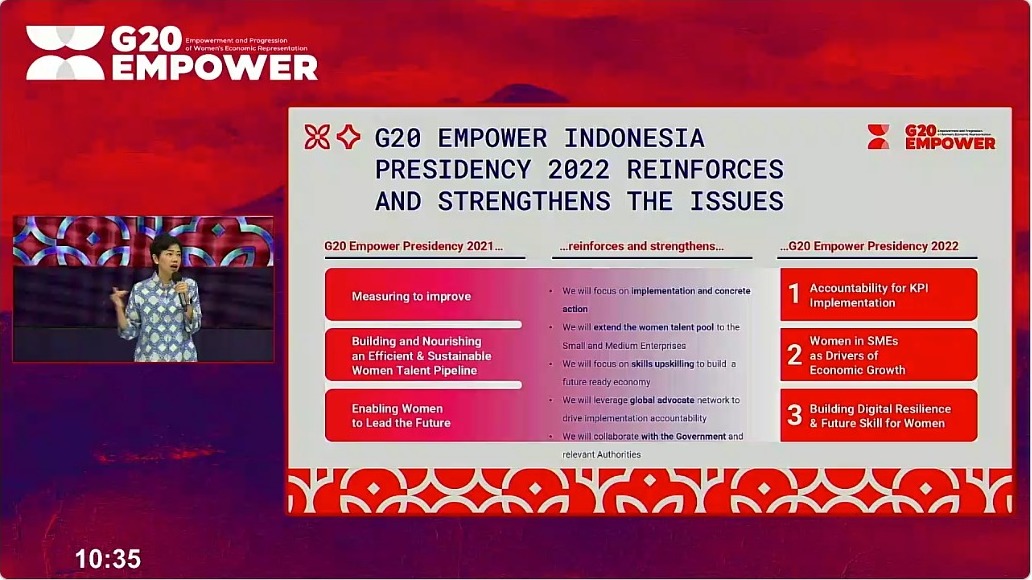 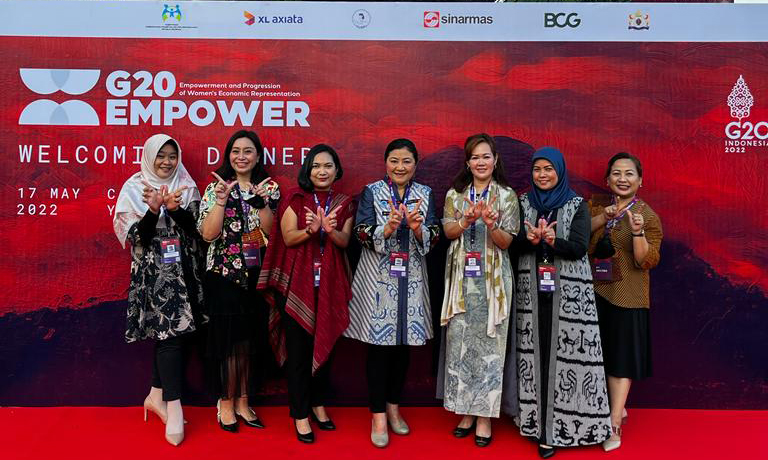